󰍉  SearchGo to BeatStars
#beatstars
on campus
Highlighting our inaugural

Recognizing the increasing lack of opportunity for aspiring music industry professionals to get hands-on experience this year, BeatStars’ inaugural Campus Marketing Program sought to provide up-and-coming music creators in college with flexible and relevant work experience, networking events, and marketing expertise. After spreading the word about BeatStars to their campuses, researching music industry trends, and brainstorming new marketing strategies, eight weeks later the first class of the BeatStars Campus Marketing Program was awarded their certificates of completion. While our first program may be over, our fourteen campus representatives (CMRs) have joined the BeatStars team for life! Highlighted below is CMR Matthew Fernandez of Ramapo College of New Jersey who was named our semester’s BeatStars Top Campus Rep winner after demonstrating outstanding performance in the program, working to grow his own platform as a creator, and recruiting over 100 new music creators to join the BeatStars family!

Learn more about the program

HEAR FROM OUR TOP CAMPUS REP

“I live in Apopka, Florida and go to school in Mahwah, New Jersey at Ramapo College for Music Production and Music Industry. I was always a band kid in my local high school and local rocker with a lot of bands in my area, but I didn’t become a hardcore music creator until I began college. My musical experiences have gone all over the place as I’ve taught, engineered and produced for the majority of my four years in college.”

“I’ve been with the platform for about a year now. It has been one of the more enjoyable experiences for getting my music out there, especially as a great way to connect with other artists and producers. It has become even better gaining this externship with them and being a Campus Marketing Representative- it’s been insane to say the least. All of my other colleagues have been amazing to discuss ideas with also.”

Why Matt Became a CMR

“Being a graduating senior this year, the information [I gained] has been preparing me for the real world in terms of professionalism, quality and messaging, whether it be my own music, someone else’s or a company such as BeatStars, and representing a brand to [my] fullest potential. I think I definitely would say to start off that I have been very grateful to have worked with the people that I have been with. And I couldn’t be happier with what we have all accomplished within these weeks of the program. I’d have to say during quarantine, Tuesday meetings can be fun just because it’s great to see everyone’s faces. I genuinely enjoy hearing their ideas and applying them to my own methodology as a beat seller and CMR. I think the idea, as a producer, and a college one at that, to be able to meet with such high level individual[s] within my craft really felt worth it. To hear Retro1 speak of the experiences and reality of a sound engineer both terrified yet excited me.”

“On a creative front, I have been posting more beats recently by being involved with the program. I think I am really starting to understand the utility of my Pro Page and that I didn’t even know what I was entirely doing before. Being an independent creator with the platform makes me feel like my beats have a starting point. At first, I felt like I was posting beats just to post beats. Now, it feels like I have a marketing initiative- a goal. I've been wanting to build my business more and more. I’ll say that the biggest takeaways I have learned is definitely not being afraid to put myself out there. I said during the meeting this past Tuesday that it felt like a bad case of impostor syndrome, but definitely building a new online persona has really helped in regards to that.” 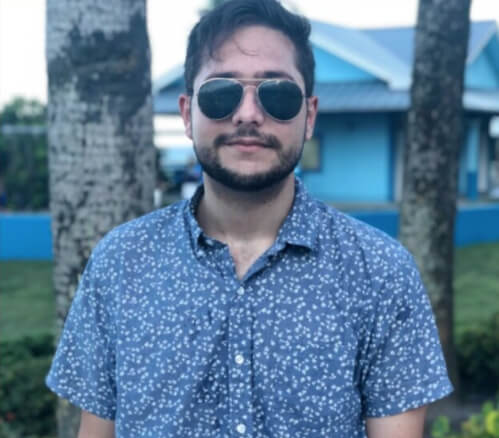 “I think the last thing I’ll say in reflection is that although my beats are art, [they] need that other half. It needs to be marketable to an artist [and] it has to be inviting to an artist. Although I want these beats to be mine, [they’re] going to be someone else’s at the end of the day. This opportunity definitely has benefited me and I encourage anyone who has not gotten their feet wet into the world of music industry [to join]- this felt like a comfortable and useful place to start for sure!”
Discover North StarBecome a campus repFollow us on TikTok
Copyright © {current-year} BeatStars. All rights reserved.